Playing the 3D first-person platformer We Run, the player experiences a challenge of the classical conception of goal and control in a non-linear, hard to manoeuvre game world overthrowing certainty and robustness of identity. Levels bring an explorative component to the game by being multilinear in their layout.

At any given time, only one alter is active. Alters are split into unstable and stable.

While each of the alters has a unique mechanic, only the active one’s can be used by the player. Which alter is active is determined randomly again and again throughout the level at unfixed intervals (statistically expected time equals thirty seconds). However, they can also be triggered by player action (positive triggers) or the game environment (negative triggers).

To complete a level, the player must achieve its goal. However, each alter has an individual goal. As a consequence, each switch of alters will also bring a change in goals. The next level always starts with the alter the previous level has been finished with. After Blue has learned to positively trigger each alter, one last level must be completed.

The game’s graphics heavily build on the contrast between organic and tectonic structures and colours are low-key and desaturated. The player, an organic being, finds themselves in a tectonic game world. The player is an outcast trapped in hostile surroundings. They must move on, as their only point of connection to this environment is the ever distant, unreachable organically-styled background. 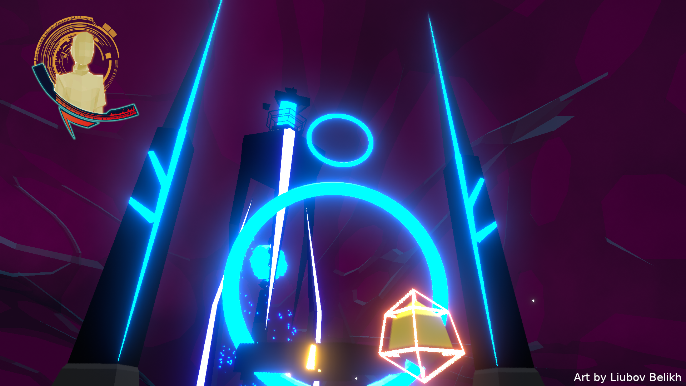