The enemy hordes are about to close in on the civilians trapped by the shore! Luckily, a fine group of four adventurers (a.k.a. THE PLAYERS) were able to set up a last stand at the site of an ancient temple, delaying the advance. This allows a small trickle of civilians to flee the area on small boats – the longer the players hold out, the more civilians can escape.

The map consists of four areas plus a “outflanking strip” on the right:
1. Forest and Farmhouse: Used by the enemy as a grouping area, they offer great opportunity for ambushes. Hidden potions and weapons give additional incentive for advanced positions.
2. The open grassland: With hardly any cover, it is risky to cross for both friend and foe.
3. Temple and cliffs: chokepoints and cover make it the ideal defensive position.
4. The shore: Here the civilians wait for the boats. If the enemy reaches it, the game is lost!

The one shot is divided into two phases. First, in the preparation phase, the players can set up barricades, caltrops, boiling tar and the like as well as equipping a ballista on a watch tower with various kinds of ammunition. Then the second phase, of course, battle. All five combat turns, a new enemy wave spawns at the top of the map and, as waves become increasingly difficult, the often overlap. Each wave has different behaviour, from meat-shield frontal attacks to swift outflanking – the erection of a catapult even requires the players to counter attack! This means that the players need to be flexible and to communicate well together.

To make every possible player character shine, all damage types that appear in D&D and most of the resistances / vulnerabilities are represented within the enemies. In addition to that, nearby creatures such as seagulls and an owlbear can be asked for help with the according skills / spells. In addition to that, magical secrets and powerful artefacts can be unlocked in the temple as the battle continues.

In the end, all the preperation payed off (I had over a dozen typed pages of enemies alone) - the one-shot was great fun, as it saw dynamic action on the one hand, while it was also interesting to listen to the players debate about how to best counter the enemy waves. 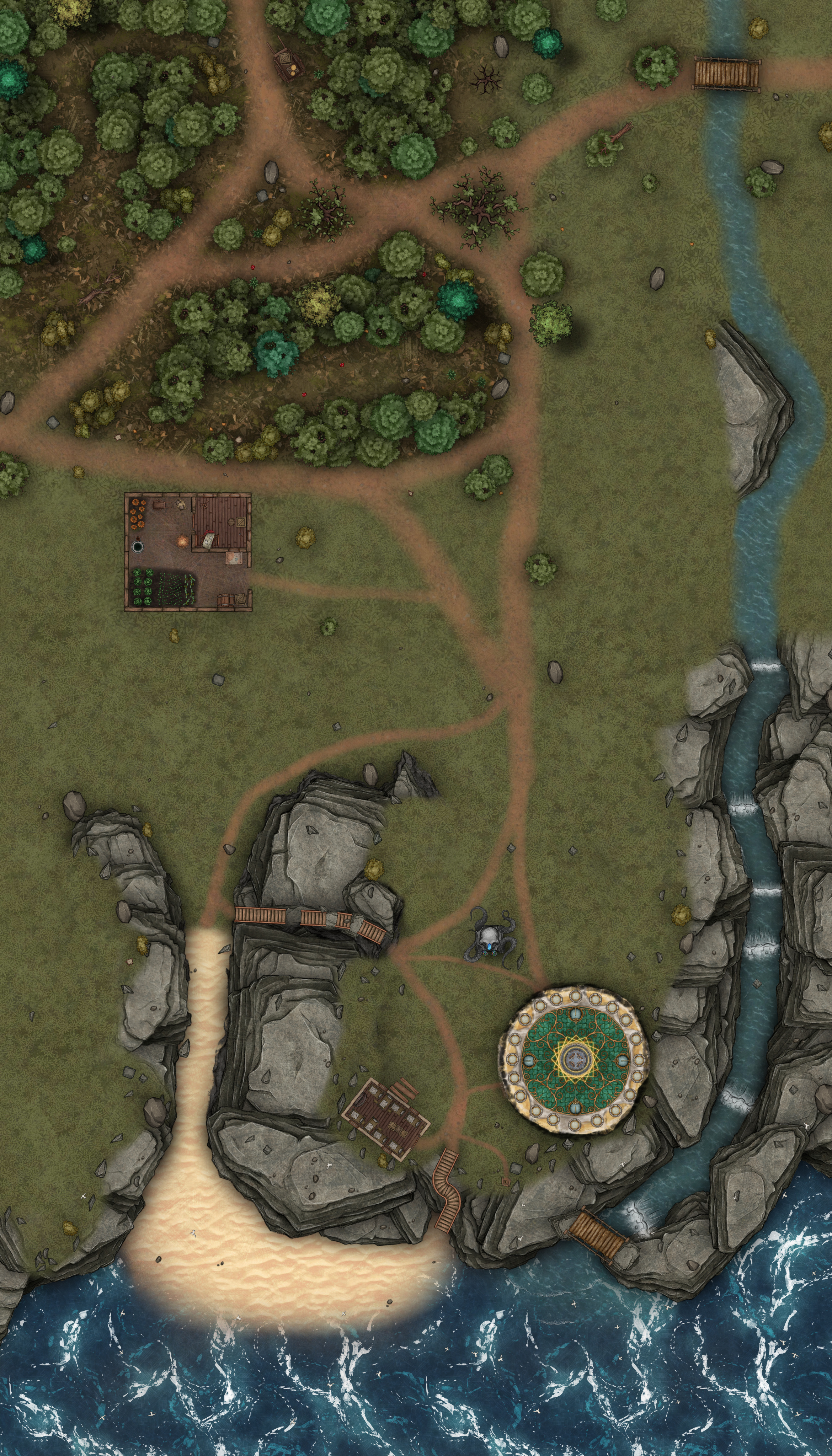