With Spell It Out!, we target friends who want to have light-hearted fun while they solve puzzles as a team of two. Spell It Out! aims to be playable in many contexts, requiring only one PC per player (although due to its technical simplicity, a port to other devices, especially mobile, is thinkable) as well as a verbal communication channel – be it landline, online chat or a shared room. The game’s challenge consists of obstacles that can only be overcome by the players by comparing information spread into different information systems (i.e. in the physical game world or in a spell book), however, this information is divided between the two players, meaning that communication is critical in order to advance through the game.

Spell It Out! actually consists of two games – each representing a parallel universe – that are played simultaneously: the Hero game for the more action-oriented player and the Mentor game for the more thinking-oriented one. Both players should bring reading-comprehension and communication skills.

Inspired by MacLuhan’s “the Medium is the Message”, the Hero’s and Mentor’s game tell the same story of literal and figurative ascension to save their respective universe from apocalypse. However, the story is being expressed, with our ultimate goal having a relationship between the two parts of Spell It Out! similar to the one the movies La Jetée and Twelve Monkeys have.

An underwater tower as a level structure (again, literally and figuratively) expresses the literal part of the ascension theme. While monsters hinder the Hero’s ascension, the Mentor will have to deal with puzzles. To fight the monsters, the Hero needs powerful spells, but can get the recipes only from the Mentor. The Mentor, on the other hand, needs hints the Hero finds in their level to be able to solve their puzzles.

Hero and Mentor, both chosen by fate, have a unique connection that lets them communicate even though they are in different universes. With both wondering what their role may be at the beginning, they learn that they must scale the tower to prevent the doom of the Multiverse, with the Mentor transcending to a higher being and the enlightened Hero becoming the Mentor for a new generation of Heros at the end of the game. 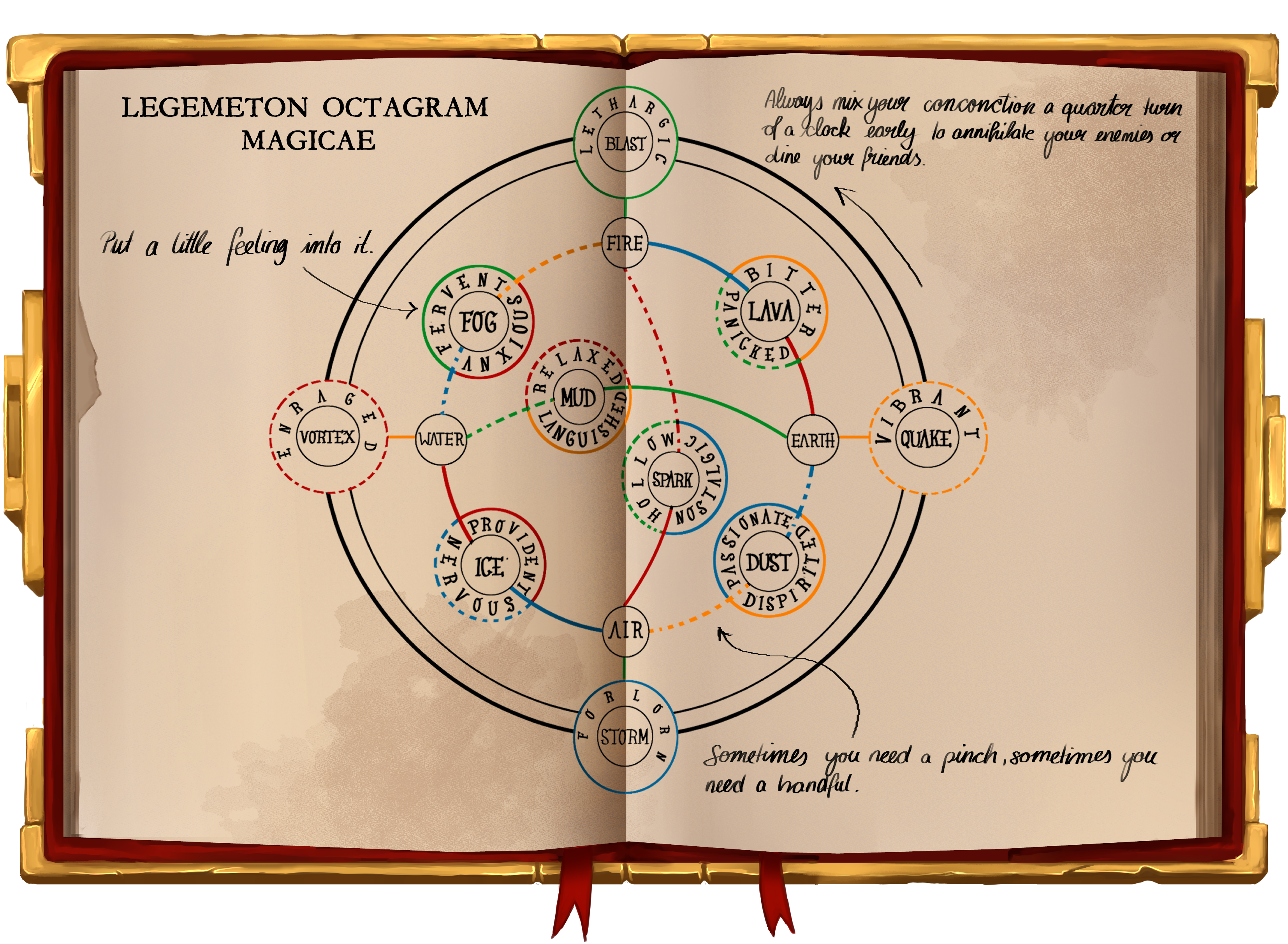